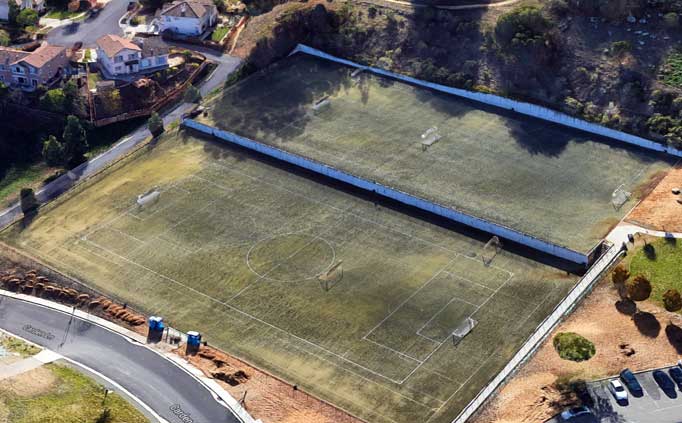 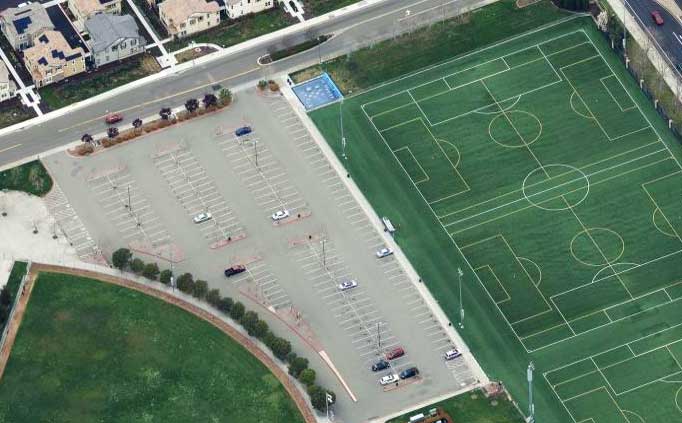 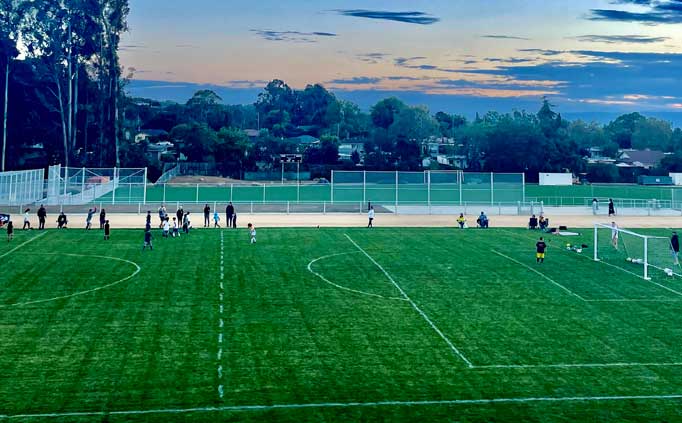 Questions: This email address is being protected from spambots. You need JavaScript enabled to view it.

All games shall be played according to the rules set by FIFA/USSF as modified herein.

1)      Players’ Cards—Valid, laminated player cards with a photograph for the 2022-2023 season. All passes must be from the same association (USClub, CYSA, etc.) including any guest players (limit of 5 guest players per team).

2)      Team Roster—At the field, the GotSport roster will be used to check-in players.

2)      Good Sportsmanship is expected and encouraged from all persons on and off the field.  A failure to exhibit good sportsmanship may result in expulsion from the tournament.

4)      NO DOGS, ALCOHOL or TOBACCO ALLOWED AT ANY OF OUR FIELD LOCATIONS. Tents and Easy Ups must be secured. Any questions regarding an individual's behavior during the course of our tournament should be reported to the field marshals.

Team check-in will be conducted online and should be done one week before the tournament start date.

All players, for player pass and equipment check, must check in at the designated tournament check-in tents.  Teams should check-in, no later than 30 minutes before the scheduled start of each match. The referee has the responsibility for starting the game on time. Any team failing to be on the field with at least the minimum number of required players or leaving the field once the match has started will forfeit the game.

The team not forfeiting will be awarded the win with a score of 3-0 and issued  three points. If neither team takes the field by scheduled time, no points will be awarded.

Players wearing orthopedic casts, air-splints or metal splints shall not be eligible to participate. Players may not wear jewelry, hair clips or bobby pins. No taped jewelry is permitted either.

The Tournament Director reserves the right to amend brackets if a team pulls out of the tournament at the last minute or is a no-show. The Tournament Director will ensure the remaining teams are provided with the best possible competition for the good of the game. All game results are final and no PROTESTS will be allowed.

If, in the opinion of the game officials, a game must be terminated for misconduct of players, bench or spectators and/or unsportsmanlike conduct, the offending team(s) could be suspended from further play, forfeiting that game and all remaining games. Other sanctions may be determined by the tournament director as needed for a suspended/terminated game. Additionally, USClub and/or USSF reporting will be completed.

A player receiving two yellow cards in a single game is considered the same as receiving a RED CARD. A player given two yellow or one red card in a game shall be expelled from that game, shall not be replaced in that game and shall not be permitted to play in the next game, at a minimum. A coach ejected from the game shall not be allowed to participate in the next game, at a minimum. The Tournament Committee reserves the right to modify penalties assessed on a player or coach for violent play or more serious conduct violations. For purposes of this tournament, a coach can be carded for his/her actions or those of spectators or friends of the team. Please make sure you have at least 2 adults with proper coaching credentials.

The home team is listed first and will change jersey colors if necessary to avoid conflicts. Please communicate with your opponent on the field to resolve any uniform conflicts. Coaching will be allowed from one's own bench area only. This will be enforced by field marshals & referees.

The home team will provide three game balls. If the ball is not acceptable to the referee, he may request another ball from either team.

Game cards will be provided by the tournament and will include the roster provided in GOTSPORT.

**A substitute must notify the referee(s)and wait for the referee’s signal before entering the field at midfield.

The Tournament Director holds the right to shorten game times if there is a delay in the schedule.

Semi-final and Championship games will be at the same time as preliminary games. If a semi-final or championship match is tied after regulation, games will determine a winner going straight to kicks from the mark according to USSF rules.

Referees have been instructed not to add time for injury or otherwise except under very critical circumstances or due to obvious time wasting.

No points will be awarded if neither team shows up for a game.

Game won by forfeit will be scored 3-0.

Official standings will be kept at the tournament headquarters.

If a tie exists in a flight after preliminary play, the following tiebreakers will be used, in the order presented, to determine which teams advance:

7)      If a tie still exists, we will flip a coin and the winner will advance

The Tournament Committee will review any issues or problems that arise which are not specifically covered in this rules document. The committee reserves the right to establish policy as deemed necessary to deal with such matters. The decisions of the committee are final and there will be no appeals.

The Tournament Director has the right to update rules at any time. Rules that are posted on this website shall be the official rules of the tournament.

Once teams are accepted into the tournament their account will be charged to Credit Card on file through GotSoccer. If they do not have a credit card on file the team is responsible to mail payment to Castro Valley Soccer Club by February 15th. If no payment is received, it is at the tournament’s discretion to withdraw the team from the event.

In event of tournament cancellation, partial refunds will be issued. Northern California is susceptible to several factors which may cause cancellation mid-event including, but not limited to, fire, smoke, rain and heat. If the event is canceled before a game is ever played a full refund will be issued. In the event the game is canceled after the first day (two games completed), a refund of 33% of entry fee will be refunded to the team. If the tournament is canceled after teams have played their allotted three guaranteed games but not a final, teams will receive no refund but will be rewarded medals based on group standings.