The Castro Valley Soccer Club (CVSC) is made up of children, parents, committed soccer folks and many volunteers; within those subsets of groups, the following programs continue to evolve and flourish. Download an overview of our

Player Pathway in the recreational and competitive programs.

The CVSC Recreational Program is for children ages 3-18 as of July 31 of the current year. Teams are usually coached by a volunteer parent. Team practices start sometime in mid-July to early August depending upon the coach and team. CVSC U7 to U14 recreational players will play all their Fall league games against other CVSC teams at a Castro Valley location. CVSC U16 and U19 recreational players will play their Fall league games against other CVSC teams and non-CVSC teams. Half of their games will be at a Castro Valley location and the other half with be at the opponents fields somewhere in Alameda or Contra Costa counties. CVSC recreational soccer is Fall League that runs from the first Saturday following Labor and usually finishes the second weekend in November. Team will play 9-10 games, mostly on Saturdays but due to limited field availability or rain outs, some games are scheduled for Sundays. 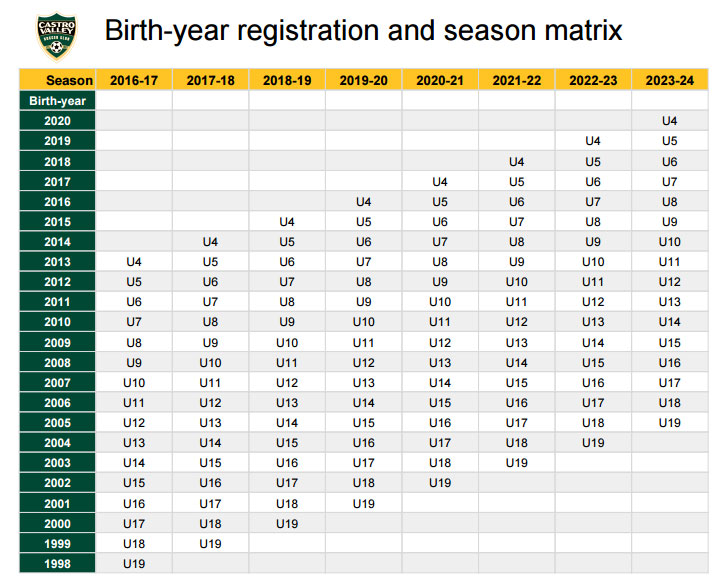 Learn more about tryouts and how to register for soccer.